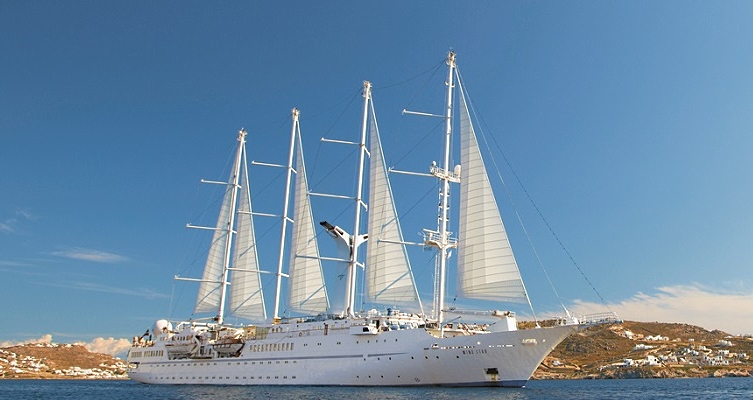 Delve into the ancient wonders of early Western Civilization on this 10-day journey featuring Meteora and Delphi and delve into the islands of Greece. Stroll the monument-lined Sacred Way toward the Grand Temple of Apollo in Delphi. Savor a moonlit Turkish dinner and romantic concert among the broken columns and weathered walls of Ephesus in Turkey during Windstar’s complimentary Destination Discovery Event. Imagine the sense of adventure among Medieval Turkish raiders as you stare skyward at distant monasteries topping foreboding cliffs and natural sandstone pillars throughout Meteora Valley. Sip tangy, bright citrus flavors of local Assyrtiko wine paired with freshly caught calamari while relaxing on a whitewashed patio high above Santorini’s steep volcanic slopes. Relax by the crystal clear waters of Acropolis, Mykonos and Santorini beaches. Gaze across the Baroque-styled parapets of Palamidi Castle at Nafplio’s red-tiled roofs and the azure Argolic Gulf. Scale the marble steps leading to the Acropolis high above the city of Athens and lose yourself amid the iconic Parthenon’s limestone blocks and marble columns.

ATHENS — Athens provides a good study in how the New South coexists with the Old South. A lively music scene
(supported by students from the University of Georgia) flourishes in the bars, clubs and coffeehouses of the restored
downtown (it brought the world such bands as R.E.M. and the B52s). But you don’t have to look far to find the Old South: It’s apparent in the many Greek Revival homes and buildings that dot the city, the best example being the Taylor-Grady House. The University of Georgia, across the street from downtown, boasts a number of these Greek Revival buildings, including Demosthenian Hall and the president’s house. The university is where you’ll also find the Georgia Museum of Art (a collection heavy in 19th- and 20th-century American and Italian Renaissance paintings). Off campus you’ll find the Church-Waddel-Brumby House, the oldest surviving residence in the city, now serving as the visitors center. Athens is also home to the fragrant State Botanical Gardens of Georgia. Nature trails wind through the gardens of native flora — the rose garden is especially nice (it blooms May-November). Southeast of Athens in Washington is the Robert Toombs House, the restored home of a recalcitrant Southern politician who hated the North for political reasons and hated the Confederacy almost as much for not electing him president. One of the least mellow individuals the smooth-as-silk South has produced, Toombs never gave up his secessionist fervor or his cantankerous manner. 66 mi/106 km east of Atlanta.

Mykonos is the most chic and sophisticated of all the Greek Islands–instantly recognized by its glittering crescent of white-washed houses lining an azure bay. The beaches here are unspoiled and inviting, especially along Plati Tialos Bay. Miniature churches, lazy windmills, and tiny cafes serving up Greek specialties line the streets. Sample the freshest squid or lobster just snatched from the blue Aegean Sea, or shop for typical flokati rugs.

Click on the buttons below to request a quote on this deal or contact us directly with further questions or comments.

Request A Quote Send To A Friend Have A Question? Contact Us